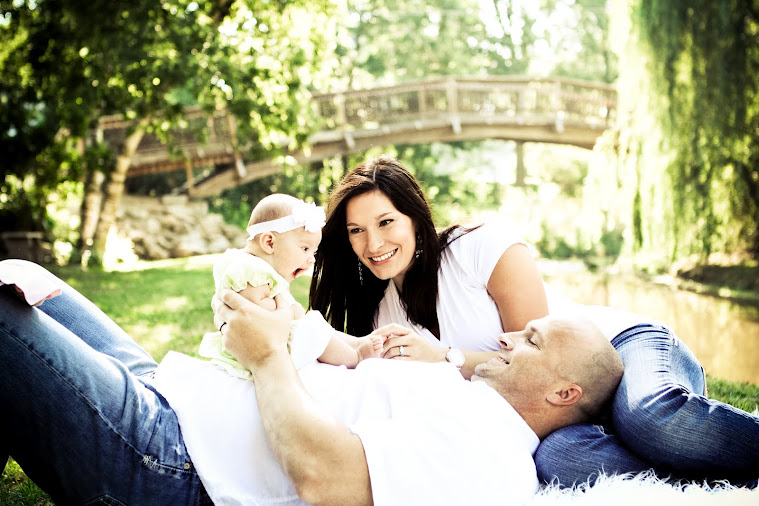 My sister's blog about Harper's birth

http://www.fineandfairblog.com/2012/04/first-time-doula-becomes-first-time.html
Posted by Jamie and Janelle at 6:54 PM No comments:


Posted by Jamie and Janelle at 6:47 PM No comments:

This was saved as a draft.. I apparently never posted it!

As anyone who knew me during my pregnancy knows, I wanted a natural childbirth.  One of the many reasons I chose a natural birth was because I wanted to breastfeed my daughter and read too many stories about complications with epidurals,inductions leading to cesarians, etc.  My pregnancy was a breeze and I was lucky enough to have a natural childbirth with no complications.  In my perfect world I assumed my milk would come in immediately and we'd be on our way!  Harper latched on while I was still in the birthing tub.  Once we were out, my sister helped make sure she latched properly.  I had no problems feeding Harper while in the hospital and met with the lactation consultant before we went home to be sure we were doing everything right.  I felt confident and ready.  Nursing seemed like a breeze!
When we went back for her check-up at 2 days old, we were told that she had lost a lot of weight and they wanted us to supplement with formula.  I was not ok with this and was lucky enough to have a good friend who I trusted who had a freezer full of breast milk.  I was so relieved that I wouldn't have to feed Harper formula!  A couple of days later, we went back and found out that Harper was still losing weight.  We ended up having to give in and supplement with formula.  I would nurse Harper and then Jamie would cup feed or feed her formula through a syringe.  At our next appointment her weight was up but still not enough that we didn't have to come back.  We met with the pediatrician and lactation consultant almost daily for Harper's first two weeks.  For anyone wondering why we weren't accepting company, this was the reason.  I was very frustrated, as were Jamie and Harper.  At day 5, my milk still hadn't come in.  I fed Harper while meeting with lactation and found that she was barely getting anything from me.  At this appointment she had gone from 7 lbs 3 oz to 6 lbs 4 oz.  The pediatrician decided that we needed to start feeding her formula through a bottle to get her weight up.  The entire time we did this, I was pumping as much as I could but it wasn't much since I still didn't have my milk.
After a couple of days of bottle feeding, Harper's weight was back up and we were so relieved!  I started trying to nurse Harper again, even though I still wasn't making much milk, but she wouldn't have it.  The pediatrician didn't believe in "nipple confusion",  I now do.  Harper was so frustrated and would shake her head from side to side and cry then I would become frustrated and cry.  I cried every day her first two weeks for no other reason than feeling like a failure for not being able to feed my daughter.  Everyone says not to have high expectations and not to feel like a failure.  Almost all of those people had no troubles breastfeeding or eventually got it figured out.  It was really hard for everyone to give me advice "drink beer, eat oatmeal, take fenugreek, nurse more, pump more, etc. etc." when nothing was working for me.
After a very frustrating appointment with a lactation consultant that, as far as I'm concerned, should find a new profession, Jamie and I decided that I would continue to pump during every feeding and we would bottle feed her.  We would supplement with formula if she ate more than I produced.  This worked very well for us until he had to go back to work.  It was nearly impossible for me to pump all day while trying to take care of a baby who loves to be held and cuddled by her mother constantly.  With the help of my mom and sister, I pumped as much as I could but never got engorged or a big supply of milk.  The day before Harper turned 6 weeks old, I couldn't even pump 1/2 of an ounce.  That is when I decided it just wasn't meant to be.
If I could go back and do things differently I definitely would.  I wouldn't have stopped nursing like lactation told me when she had poor latches and I was blistered and bloody, I wouldn't have used the shield that they said wouldn't affect my supply, I wouldn't have let them talk me into bottle feeding and I probably would still be nursing my daughter today and for the next year.
I've talked to several people who had the same struggles that I had.  To say we did everything would be an understatement.
Thanks to my sister, I do have some very special pictures of me feeding Harper.  I was very afraid that we wouldn't have that mother daughter "bond" since I only nursed her briefly.  The way her face lights up when I pick her up tells me that we'll always have that bond.
Jamie was so supportive during this entire frustrating process and I couldn't have done it without him. Harper is now formula fed, just like her daddy was, and she's a happy healthy girl!
Posted by Jamie and Janelle at 6:38 PM 1 comment:


Hello Everyone!
I haven't been great about keep up on the blog that we started, so I thought I'd just email a couple of updates.
Harper turned 4 months old on Sunday. We can't believe how fast the time is going! Jamie and I agree that we could not have asked for a better baby! Harper is a very happy little girl and is a great sleeper! She "talks" and giggles a lot these days! She's cutting teeth, so everything she can get her hands on goes directly into her mouth! Her favorite teething toy is Sophie the giraffe from her great aunt Melissa!
She enjoys her days at "daycare" with auntie Lala, cousin Delilah, uncle "Don" and 2 afternoons a week with grandma Bev! Coming back to work full-time was not easy, but it's been so assuring to know that she's with family :)
Her favorite activity is still bath time. She could sit in there for hours splashing her feet! Her tub came with a little squirt bottle and her latest is reaching out to the water that sprays out of it. She seems mesmerized by that little bottle of water!
Jamie and I took a lot of time making Harper's nursery exactly how we wanted it. We will now have the opportunity to do this again in our new home!! That's right, we finally sold our duplex on Indian Hill and purchased a home off of Sand Lake Road in Onalaska. We looked at several homes in a short amount of time and this one is PERFECT! It is across the street from a park and has a huge front window that we can look out and see the park! I think this will come in handy when Harper and her someday brother or sister get older!
We will be closing on October 26th so these next couple of months will be busy, busy! We are hopeful that we will be able to get settled and have a little housewarming party before the snow falls. I will keep you all posted!
As always, Jamie and I are feeling very blessed these days! We are enjoying every moment of parenthood and just don't know how life could get any better!! :-)
Posted by Jamie and Janelle at 6:33 PM No comments:

Jamie and Janelle
Since our lives are about to change forever, I've decided to start a blog. It will be nothing fancy, as I'm no writer. I just want to document as much of our wonderful life as I can! I sure wish I would have thought of this before 2 days after my due date! We've been quite busy preparing for Harper's arrival the past 8 months! I recently read an email that my sister sent to my family shortly before my wedding. She said "this will be the happiest day of Janelle's life, until she becomes a parent herself" Jamie and I cannot wait to meet little miss Harper Lynn and become a family of 3!